My name is Yvonne Vigar and I founded Astara Consulting six years ago.

I remember the excitement of starting a new Associate Director role when I was in my early thirties. I was proud to have achieved that level of success so quickly and keen to make an impact and achieve the results I had been appointed for. Four years later, I had left the role.

I felt frustrated and disillusioned by the way in which I had been managed. I had wanted to look up to my Director and be inspired by their work and actions but they took the opposite approach.

Their leadership style focused on knocking me down rather than building me up and it started to affect my confidence and personal life. I regularly felt like I was failing at work, and so put in more and more hours to compensate – but this led me to feeling like a failure at home, not spending the time I wanted with my family.

I learnt some hard lessons about leadership and eventually found a more positive way forward and was able to make the difference I wanted. But the whole experience had been damaging and I didn’t want others to go through the same experience as me.

I made a change and started
Astara with a simple vision.

To mentor and support new leaders to inspire their colleagues and exceed expectations whilst maintaining a healthy work life balance.

I believe great leadership comes from feeling comfortable in the role you are in and KNOWING you can lead effectively and I am on mission to work with newly appointed leaders to help them do this.

How do you feel about your new role?

If you feel daunted by what you know needs to be done and would like to chat about the impact you want to have within your new role then lets arrange a 30 minute consultation. Click here to do this 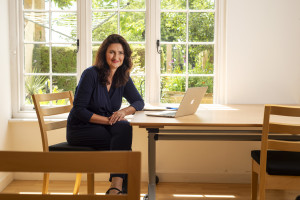 I absolutely love helping Executives gain confidence in their new role, being them thrive as they make the right impact at the Boardroom table, feel like a leader amongst their peers, and have earned the respect amongst their staff. This helps them to enjoy their business life with their new found success, but also their home-life as they no longer worry that they’re not good enough, and they find the right balance in how they work.